I’ve known Harriet since the late 1990’s – from the days when we both worked at the same big technology consulting firm. As you’ve probably guessed by now Harriet no longer does tech consulting. I spoke with Harriet this morning and here’s her story…

Why Jewellery? And what inspired you to start a business in Jewellery?

I knew quite a bit about jewellery because my Dad made jewellery…he was a doctor but also a talented goldsmith who made jewellery for friends and friends of friends.

He’d come back from his surgery at 7 o’clock at night, sit down at his workbench and do a couple of hours work. I used to watch him. Sometimes when he dropped something, he’d ask me to pick it up for him. I got to learn quite a bit about the different gem stones and could tell the difference between a diamond and a cubic zircon at an early age!

When I was four he said to me, ‘right you’re going to make a ring now. Draw what you want to make and we’ll make exactly that.’ So I drew this childlike classic band with a big stone on it. And, we made it: this crazy big ring with a protruding stone. I learned so much about how something in 2 dimensions could translate into a 3D form that day! I saw jewellery making as something I enjoyed doing but not something I’d make much money doing.

Even as a teenager I was making jewellery and selling it to my friends. I friend of my Mum’s was an artist and had a stall in Covent Garden market. She’d sell my jewellery from her stall. She ended up selling more of my earrings that she sold of her paintings. She used to pretend to be really cross with me…

I went off to university and studied Industrial Design where I learned everything from jewellery design to computing and mechatronics. I then started working in the computer industry.

Once I’d bought my first flat, I’d work in a shed in the back garden and take on proper jobs for friends – just for fun. I made my cousin’s engagement ring and then bigger commissions followed on.

Then one day when I had a waiting list of 33 people, I realised I couldn’t keep it up as well as my computer job – coming home at nine o’clock at night and doing 2 hours on my bench.”

Crazy really but when you love doing something you just do it. And that’s when I then thought maybe this is the time in my life when I should try this. I had this weird feeling that I was doing something really mad. It was either going to be a horrible disaster or a big success. Of course, I had no idea which and I didn’t really care – I just knew I had to do it.

What makes your business different?

We had a really early web presence – from 1996. I think a lot of people used it as an example of what not to do, and what to do when they eventually looked into getting websites and looked about to find us at the number 1 position on the search for ‘engagement rings’. Sadly we’ve lost that top slot, now that so many other bigger jewellery companies invest heavily in their SEO.

I really wanted people to love the jewellery that I made. It was all about ‘what do people really want for their perfect jewellery?’ Making one product that would appeal to lots of people a bit wasn’t really enough to feed that desire and I soon realized that I wanted to talk to people on an individual basis about what makes them tick and make them an individual piece that tells their own story. What can I make for you that you’ll love?

How may people are there in the business now?

There are 30 of us, in two locations. The headquarters is in Hertfordshire [England] and then there’s our award winning shop in Cambridge.

We won a lot of awards because of our being the first to bring proper ‘clean sheet’ bespoke jewellery to the high street in a completely fresh and unpretentious way.  The Cambridge shop has helped too and was brilliantly designed by Callum Lumsden (famous from his work with Mary Portas. We have 10 designers, 6 crafts people and then there’s a general manager, and people in project management, accounts, marketing and sales.

A stone setter from a much bigger firm came to work with us recently and he couldn’t believe how efficient we were. But I think we’re still relatively inefficient compared to how we could be. I guess having been in the computer industry which is relatively efficient makes me aware of where we could be. 10 years ago most jewellers didn’t even have a computer. Even now many of them are only just getting used to the mobile phone!

What is your biggest challenge right now?

There are three things particularly on my mind right now. We need a more more efficient flexible project management system, along with better SEO and a better way to track our customers. All the consultants we see tell us different things and none of them do the trick.

We employ a lot of women and managing maternity leave is a challenge. It takes three years to train up a graduate so they’re not easy to replace or move around.

We also want to open another branch and that’s linked to the maternity issue and juggling staff.

Where do you see opportunities in the industry?

I think there are many niches that can be tapped into by new start-ups (or existing ones wanting to do better).  There are all sorts of specialist jewellery areas that people could focus in on and do well. Unfortunately, I still find a lot of high Street jewellery shops rather boring and samey. Some of them may be independent but they often have the same stuff made in the Far East and display their wares in a very predictable way on cream or black velour.

When talented new jewellery designer graduates come out of college today, they have to go and work in another industry because there aren’t enough jobs in jewellery design.  So surely it is a no-brainer to put this together and marry the expertise of the retailers who know their customers with the fresh flair of the jewellery designers .

Some traditional jewelers sit in their old fashioned shops, with their boring displays moaning about how the internet is ruining them. I say,

…stop moaning about how stuff made in the Far East is cheaper, and just be better. And actually – if you can’t up your game, you won’t survive.”

There are a lot of jewellers who are mainly online but getting good SEO is difficult and expensive if you aren’t already an expert. It’s like having another physical shop where you have to devote as much energy and money. This is maybe too hard for many jewellers.

Absolutely. At a time when the High Street is suffering, there are a lot of empty units out there going cheaply. So if I was starting a jewellery business today I would start with bricks and mortar in a busy high-street location. Sure I’d have a web presence too but I’d start where the foot-fall is walking past every day.

What’s your view on failing in business?

I don’t mind failing. I quite enjoy making mistakes because I learn from them. I just do things differently or do something else. A lot of people don’t start as they’re terrified of failing. They’d hate themselves for failing. This for me seems quite odd.

I’m helping with the Peter Jones Academy in North Hertfordshire. They have some great courses to try and train people to be entrepreneurs. I’m sorting out some projects with them – possibly running a competition for them on selling jewellery. It’s a 9 to 5 course where the students have to come in suited and booted and be very professional.  I think there are one and two year courses.

Really, a big part of what they’re doing is teaching proactivity. Proactivity is so rare today and so many young people seem to think that only doing what you are told is enough in the workplace…it just isn’t and never has been.

And scaling your business?

Yes, there seems to be a very different skill set needed to start a business, compared to growing it from say 5 people to a chain or something. I’m also becoming involved with Doug Richards‘ School for Startups and he was recently telling me how he started a business with thousands of people. I can’t get my head round that kind of amazing scale!

I wish I had. But I would say that when you start out you don’t know the end before you’re there and then its too late. When you’re busy you don’t have time to add them on.

What is the best way the business is helping you achieve your lifestyle goals?

It’s helping me to work really hard at what I love doing. I love designing and making jewellery, executing ideas in retail and business strategy, and working hard…so I get to do all of those things every day.

What’s the worst impact on the quality of your life about running the business?

You work very long hours which I don’t see as a negative thing because I really enjoy it. But there are times when you just want to switch the business off for 1 day so you can do something with your family and it is invariably on these days that something happens requiring your urgent attention at work! And when you are at the top of the business there is no help.

In addition, I would say that being a woman and having babies was really hard when running a business. It isn’t as though the MD can go on maternity leave and let the business rot in the meantime and there is nobody who can step into your shoes and run the business effectively for you. So somehow, you have to keep going. I have two beautiful children (ages 6 and 2) and a wonderful husband with whom I share lots of the childcare responsibilities.

What would you say to someone who’s sitting in their little grey cubicle, who has a dream, but doesn’t have the confidence to do anything about it?

You need to be able to start running your own dream business alongside the cubicle job by working at it in the evenings and weekends. If you can do that for a year or two then you’ll know what your passion is and whether you can make a living from it. Whether you can make it work for you. If you can’t or won’t do this then you’re probably not the right person to start the business.”

Positive people tend to do better in business because they look at negative things as something positive.

Is there anything else you want to add?

We’re one of the first to be allowed to offer certificated Fairtrade gold. It’s all about collaboration and sustainability which is very important in business. You can read 6 reasons why you should put a couple of Fairtrade items into your shopping basket each time you shop here. And if you don’t already, please do consider at least buying Fairtrade tea and coffee for your business!

And this year we’ve won quite a lot of awards including the UK Jewellery, Business Initiative of the Year award, and the Everywoman Woman of Year award.

Where can people find you? 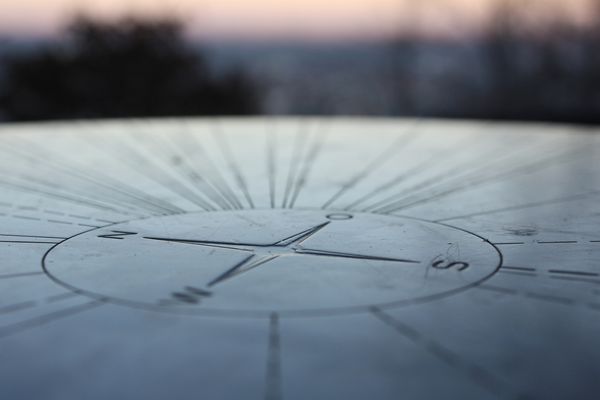 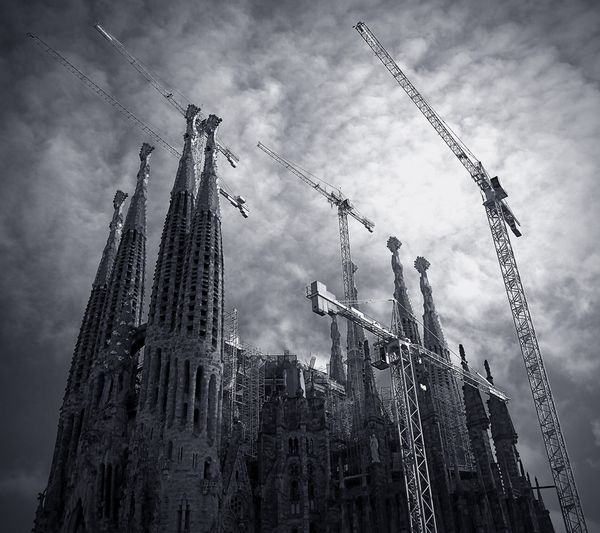 An old story tells of three stonecutters who were asked what they were doing. The first replied, ‘I am making a living.’ The second kept on hammering while he said,