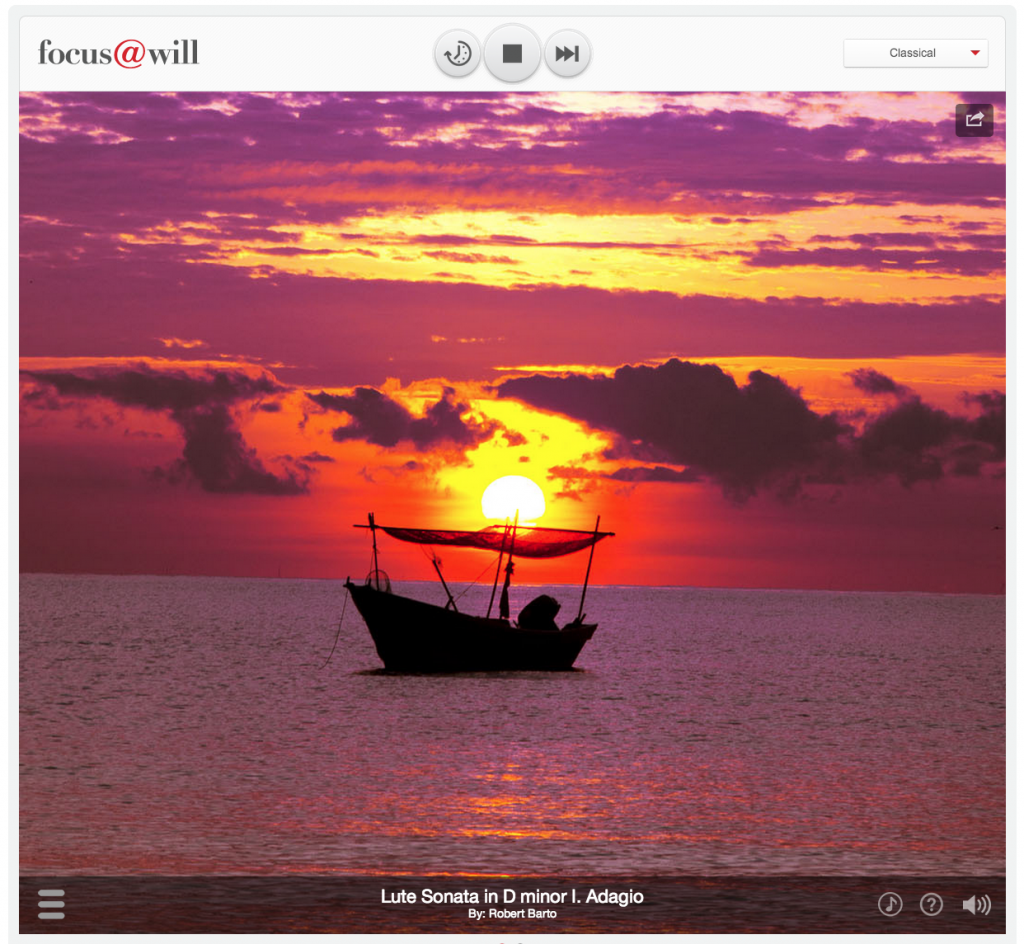 It never happens, but I’ve always preferred to work in silence.

When I worked in a cubicle, there was the constant sound of chatter, ringing phones, and manic keyboard pecking.

Since I’ve worked from home, if it’s not the kids or the cat demanding something, then it’s the whir of the dishwasher or whining police sirens.

I often seek refuge in an independent coffee shop or tea house where the ambient sound can be more conducive to work. The background buzz is often just right for helping me focus.

The folk at Coffitivity have created a site where you can bring the right mix of calm and commotion of a coffee house right into your (home-)office, or earbuds. It’s saved me a small fortune in flat whites.

If you’re feeling particularly gung ho then try GetWorkDoneMusic. Not fast enough? Hit the FASTER button. Don’t like the track? Hit the Gimme the next one cap’n button. I love the simplicity of this site. Sometimes it’s exactly what I want.

focus@will is a new service which claims to use scientific methods to play music which is just right for helping us be more creative and productive. More classical and ambient. Excellent. Interestingly they’ve rejected Jazz which they found to be too demanding of our attention.

Coffivity has it’s own volume control and so I’ve experimented with combining it with the other two. For me, it works better with the fast music site, while focus@will is best by itself.

What works best for you?

How to Rock Your Digital Music Business

Are you an aspiring and talented musician? This article will help you to use the internet to spread your music,
Apr 28, 2012
6 min read
Mar
02

7 Reasons Your Google Apps & Social Media Data is At Risk 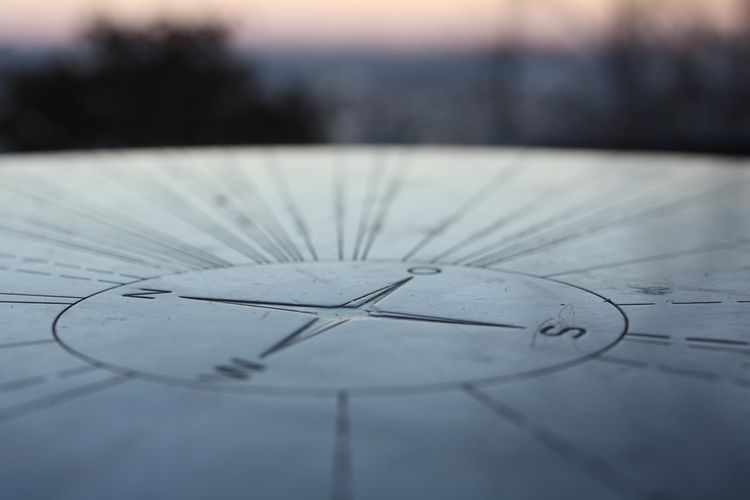 7 Ways to Stop Running Around in Circles

Want to sell products to 2 billion+ online consumers but don’t know where to start? Been offered crazy
Oct 19, 2011
9 min read