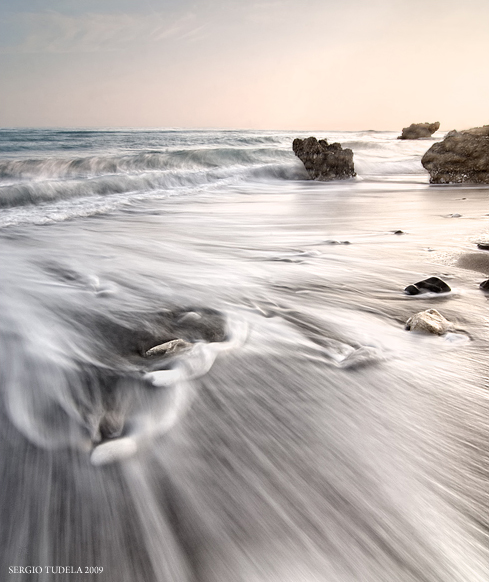 (I first published this article over at Medium.com)

I don’t care if your company is a tech startup or a Fortune 100, unless it’s fast, fluid and flexible* it’s not going to survive.

Unless you and your company learns to spot, nurture and value the few people who can make this happen then your business is screwed.

The problem is that most companies are just not set up that way.

What happens to those (let’s call them project managers or PMs** for short) who do take the initiative, show creativity and take calculated risks?

They get fired, ignored, or promoted.

And they are nearly always the wrong things to do. Here’s why…

Projects fail for many reasons but all too often it’s the PM who gets it in the neck.

Because the company does not value or even understand the role, it often assigns someone who lacks the ability, the motivation, or who’s interests are not aligned with the company’s business goals.

Sometimes, they try and limp along without a PM at all! (Yes, I’ve seen this many times. And it always ends in disaster.)

Who exactly is at fault when a project fails?

Even when by some accident, the ‘right’ PM is put in place she’s rarely empowered, valued, or supported. The role is further undermined by meddling middle-managers.

The PM is treated as a glorified patsy. When things go wrong, the PM gets the blame and is fired.

Amost as bad, is that when things do go right, the middle-managers grab all the credit.

Result? Yes, there’s the missed business opportunity, wasted time and money. And sometimes penalties, fines and reputation damage. But more importantly, the firm misses the chance to learn from why the project failed, and so is just as likely to fail the next time.

The other side-effect is that the remaining members of the team are now even less likely to stick their necks out in the future.

The net effect is that the firm is now even slower and less flexible than it was before. It’s gone backwards.

A competent or even brilliant PM is merely given more and more projects to run. Apart from the odd pat on the back, he remains unrecognised and unrewarded.

Eventually, he gets disillusioned and quits.

Result? The firm loses a good (maybe a great) change agent, and is slower and less flexible than before. It’s gone backwards.

Meanwhile, our PM goes somewhere else, in search of recognition. And the pattern repeats.

Finally, he gives up on the idea of ever being valued as a PM in a permanent role at a company.

So he eithers throws in the towel entirely and does something else, or he builds up enough expertise and experience to become a freelance PM.

Ironically, down the line and out of sheer desperation, our dysfunctional company ends up hiring this person back as a freelancer. And they wonder why he & other freelancers won’t go permanent!

So how does our hapless PM get recognised and rewarded? While being good at the actual job helps, it’s not the answer.

Here’s the secret. And it took me far too long to figure it out.

All around you there’s a game being played. A political game. And if you don’t play along then it doesn’t matter how brilliant you are at making change happen, how much business value you deliver, you will not be recognised or rewarded.

Playing the game is all that matters.

So what happens once our PM sees the light, starts playing the game and maybe even happens to deliver a project?

Result? The firm’s ability to become fast, fluid and flexible is diminished. It loses another potential rock star to the quick-sands of middle-management. It’s gone backwards.

Our newly appointed middle-manager will spend the rest of her ‘working’ life doing PowerPoints to try and score points off other middle-managers in an endless merry-go-round of meetings.

Until… one day she fails the interview for her own job, gets fired and is replaced by someone younger, hungrier and cheaper.

Recall the goal: to maximise the ability of the firm to be fast, fluid & flexible. Why? So it can survive and thrive in an increasingly dynamic and competitive marketplace.

Firing, ignoring & promoting the few people who are brave enough to stick their necks out, show initiative, take risks and lead, is just plain idiotic. In each case, you will end up making your company even less able to keep up with the 21st century realities of business than it already is.

Let’s look at what PMs are made of and how to help them to help you and your company.

Our brave PMs are powered by three engines: ability, motivation and alignment. All three are needed.

Instead of setting-up your PMs as patsies and then firing them at the first sign of trouble, use the opportunity of a failing project to learn from what went wrong.

It’s rarely as simple as being the ‘fault’ of the PM. Projects that matter are about doing things that have not been done before. Not unlike a startup.

Firing the CEO because a startup doesn’t meet some arbitrary preset budget and timeline is bonkers.

Figure out, learn and APPLY the lessons.

[In the rare cases where a lessons learned exercise is done, they’re almost never followed-up. Why? Because some middle-manager realises it makes them look bad, and so quietly shelves them in a vain attempt to cling onto their job for a bit longer.]

For the PM, mentoring, coaching, and experience are the secret sauce. Foster all three.

Like entrepreneurship, you can’t learn how to manage change from a book.

If you don’t have coaches & mentors in-house (you won’t) then look outside and hire the very best you can get.

Of course, there will be times, despite your best efforts to help, someone simply isn’t cut out to be a PM. See Alignment below.

Instead of ignoring a promising PM until they quit, make sure they’re properly empowered, recognised and rewarded.

Throw in the fact that ‘making change happen’ is almost never a career path to the top and you’ve just guaranteed that your best people will want to get themselves out of your company ASAP.

They’ll just coast along doing the least they can get away with. Until they quit.

When they can’t quit, say in a down-market, you still lose because they’ll eventually twig that the only way out is to get ‘promoted’.

The difference in outcome between a motivated, skilled and experienced PM and a disillusioned, merely competent one is orders of magnitude. Reward accordingly. And be creative in how you do it.

The biggest tragedy of all is to ‘promote’ a promising PM into middle- management to be pecked to death in an arena of petty office politics and pointless PowerPoints.

The key is to match the right people to the right roles at the right time. And those roles need to be aligned to real business goals.

Warning: Be careful who you promote and why. What motivates them? Are they really motivated to help your company succeed? Or, are they only driven by their own self-interest at any cost? Beware!

Any idiot can keep the lights on. Making change happen is hard and very few can do it well. It needs to be directly aligned with your business goals and rewarded accordingly.

The question is not: how do we get our projects delivered on time and to budget?

The real question is: how do we build the best possible teams of change agents, who can’t wait to get out of bed every day to help make their company as fast, fluid & flexible as it can be, so it in turn can change the world?

For this to happen, companies need to upgrade their DNA to truly recognise and reward those who are up to this, the ultimate challenge.

* Hat tip to Nilofer Merchant for the concept of the flexible, fluid and fast company.

** I prefer the term Change Agent to Project Manager. I only use it because it’s what more people will understand. In any case, the world needs leaders more than managers.