London. 9am. Monday, 1st February 2010. It’s an unusually bright and beautiful morning. I’d just dropped my daughter off at school and was driving the short journey back home. I was at a crossroads and about to turn into my street… and it hit me.

I had the whole day ahead of me and I could choose to go in any direction I wanted. To do anything I wanted to do.

It was an intensely liberating and satisfying feeling which I will always treasure. So, what did I do? I went home and had a nice cup of tea of course!

I had just finished a gruelling freelance gig at one of the largest and most profitable investment banks on the planet. I had led a project which I’d quickly ramped-up from a standing start to around 150 people: spread across several continents and cultures.

We had just over 12 months to meet an immovable regulatory deadline. It meant widespread change: for many people, systems, and business processes. The details are not relevant or appropriate here but this was not a trivial task and the stakes for the bank were seriously high. I ended up reporting directly into several members of the main board.

Long story short: we did it. Job done. It was now Friday, 31 January 2010 – my last billable day. This was to have been my last freelance gig – at least of this sort.

What I knew for sure at this point was that I would change direction. I had been self-employed for 9 years (and employed for 16 years before that) but needed a new challenge – and preferably to escape the corporate cubicle altogether.

Discovering life beyond the cubicle

I soon decided I wanted to set up an internet business. But what sort of business? And why?

It’s a really long story and one I’ll be returning to again. The short version is that I ended-up spending 9 months discovering all kinds of extraodinary people, concepts, lifestyles, business models, marketing strategies, and all sorts of low cost automation and outsourcing techniques. I was doing this full-time but 100% unpaid. Insane? Maybe.

Did I know what sort of business to setup after these 9 months? I thought so at the time. Lots of them. I churned through many ideas and pivoted like there was no tomorrow. But I was in danger of running out of money and had to grab another freelance gig. It chewed-up another 7 months but paid the bills for a while longer.

I gave myself 3 months to get something started. I ‘pivoted’ again, then went on a 2 week family holiday I’d booked 10 months earlier. It was by candlelight, beside my tent, under the stars in the South of France when Muse Stories really came together.

What I’d finally realised was that the ideas I’d discovered and had been drawn to, now made overall sense. The dots joined up. An inspiring and consistent picture had emerged. And it totally resonated with me.

How people are designing businesses to enable their dream lifestyles

I appreciate not everyone will get it (nor will they want to) and that’s fine. But many do. See here again for a reminder of what it’s all about.

The idea of this post is to put some context around how and why I came to create Muse Stories. I’m extremely excited about this project. If this sounds interesting to you I’d be thrilled if you were to come back soon. The easiest way to keep up-to-date is to subscribe via email. I will not rent or sell your email address. 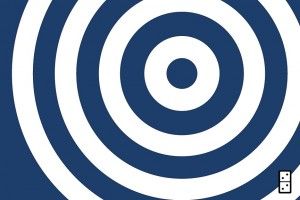 Over the past few decades I’ve read a lot of goal-setting ‘self-help’ books. Most of them end up part-read, and collecting dust in some forgotten corner

First of all, I wish you a very Happy, Healthful and Successful (in the way you define it) 2011. WHAT DO I MEAN BY – 3 WORDS? I have to admit I got this neat idea from Chris Brogan. The idea is that instead