I was lucky enough to catch India’s leading contemporary fusion rock band Indian Ocean perform live this week in New Delhi. The last time I was in India was 12 years ago!

Formed in 1990, music critics have described the band’s music as “Indo-rock fusion with jazz-spiced rhythms that integrates shlokas, sufism, environmentalism, mythology and revolution.”

Indian Ocean describe themselves as independent musicians in the sense that they make their own music and perform only their own music. In India, this is a big deal where so much music is Bollywood-inspired, religious, traditional or covers.

Their first album in 1993 sold over 40,000 copies and became the biggest selling record by an Indian band at the time. They’ve since performed in the USA, UK, Australia, New Zealand and Japan.

Their 2006 album Desert Rain, the first live album released by any Indian band, went on to become No. 2 on the iTunes UK World Music chart.

The band went on to produce another three albums before they decided to reduce the distance between the band and its listeners and free themselves from having to “negotiate contracts with record companies and fighting over copyright issues, worries about bad distribution, albums not being available at different places and so on.”

As a result, the band gave away their latest album 16/330 Khajoor Road – for free.

They say “…we make almost all our income playing live shows and composing music for films etc., so it’s no great hardship for us to give up this amount (royalties). We also hope that this becomes a means for other artists in India to reach out to their listening public.”

The initiative was setup to let you, your college, business, cause, or event to request one of these great musicians to create a unique and original piece of music – the way you want it.

This is a fascinating development and I’m intrigued to see how it goes.

So, we have a great rock band who are now doing something that musicians do not traditionally do: They’re giving away their music over the internet, for free.

What’s the effect of doing this? It spreads their music faster and further than ever before. No friction. [By the way, the concert I went to in Delhi was free. It was a one-off India/Bangladesh cultural get-together. But the effect will have been to further spread the music.]

How do they make an income? By selling intimacy. For example:

And, as a by-product they’re able to:

Indian Ocean (for me and many others) are great artists. They are experimenting in ways to spread their art.  As a result, they are opening up ever more opportunities to benefit financially. By selling intimacy.

There’s a lesson here for all artists & entrepreneurs.

Interview with the band

Here’s an interesting video interview of the band in their home-town, Delhi. They talk about how the city is changing, what independent music means to them, and the nature of Indian Ocean the band.

Music to Help You Work

Image by Stig Nygaard Do you want to automatically cross-post your WordPress content to Facebook? If so, you’re
Jun 13, 2012
2 min read
May
31

If you run a local business and you had a Google Places page then you were already ahead of much
May 31, 2012
2 min read
May
30

Put Your Small Business on the Map: With BatchGeo

What if… How useful would an online map be for your customers? Driving directions or a store locator perhaps:
May 30, 2012
1 min read
May
04 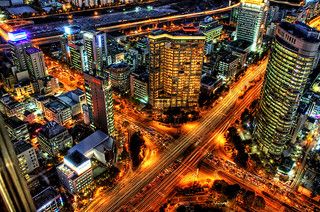 How I Got a 500%+ Increase in Traffic - by Moving Domains

Image by Stuck in Customs @Flickr I made some small tweaks to this site last night… …when I
May 4, 2012
3 min read