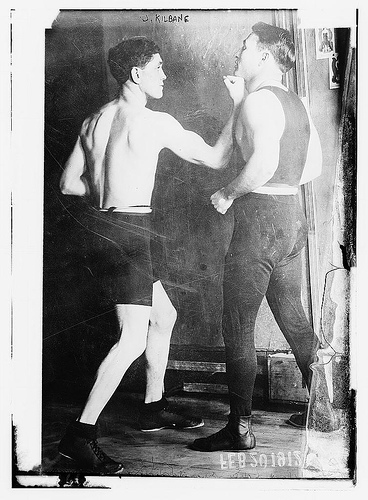 ‘As the boxer Mike Tyson once said about his opponents’ prefight strategies: “Everybody has a plan until they get punched in the mouth.”’

This is a line from Steve Blank’s new article in the Harvard Business Review (HBR).

His point is that multi-year plans are now relevant only to Venture Capitalists and the late Soviet Union.

Steve is the godfather of the so-called lean approach to starting-up a business. Lean is de rigueur across The (Silicon) Valley, and increasingly beyond.

The big take-away for me was that a startup is all about discovering a business model, while a large established company is about executing a proven business model.

Revered as it is, the HBR is mostly a magazine for large companies and how they can maximise efficiency of execution of their established business models.

What’s significant is the featuring of Steve’s article as the cover story. That’s because it breaks the mould by being all about startups. Or is it?

In fact the approach can be exceptionally useful for large organisations who are increasingly having to deal with change and disruption as the new normal. One of the points Steve made last night was that the adoption of lean within large firms is now essential for their survival.

Whether you run a startup or lead change within a larger company, you need to be getting lean. An excellent place to start is Steve’s HBR article, Why the Lean Startup Changes Everything. Read it for free for the next month.